I’ve been outlining and reading up on better ways to write and plot and trying to absorb as much as I can about voice and sales copy and… I got burnt out. Granted, at the same time I was trying to relearn 5 very long forms for the 2nd degree black belt test (that I’m likely to fail “ass-some-ly” if I can’t keep these damn things in my head) and working afterschool care and spring break camp at the dojo — which turned into a few 13 hour days of kids and kicking and punching and running around.  END_OF_DOCUMENT_TOKEN_TO_BE_REPLACED

I think it’s time we admitted, as a nation, that we have a problem. I mean, if I can find all of the following in a matter of minutes, we are clearly overworking ourselves and then, because we know we’re working ourselves into early graves and we still have a healthcare/insurance system that rewards us for being wealthy and healthy and never using either, we elevate the notion of “working hard” while denigrating those who actually do.

Exhaustion is not a status symbol END_OF_DOCUMENT_TOKEN_TO_BE_REPLACED

Sure, any change involves risk. Leaving a “sure thing” no matter how shaky or shady said thing actually is, feels a little unnerving. Leaving it for the great unknown seems especially crazy. But how unbearable does a thing have to be before you can’t take it and decide the risk is worth it? END_OF_DOCUMENT_TOKEN_TO_BE_REPLACED 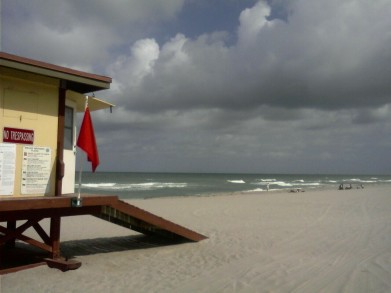 We got too attached to this house. For someone who had unquenched wanderlust from about age five, who lived in stacks of books because her family couldn’t be bothered to travel more than a few hours away most years, who wished for travel and majored initially in international business (against all logic, mind you), I have become far too settled. Don’t get me wrong. I have my moments of wishing for something new. A drastic change. Some nebulous grass on the other side that’s likely purple.

I really like this house. It needs too much work at this point for staying in it to be practical. But it feels like home. And the work we have done, the touches that make it home, are things we’re getting too old to invest the time in doing again. (At least with full time jobs, mind you.)

I really like this yard. It’s a little bit of tropical paradise to make up for all the trials and tribulations that go with living in other people’s paradise.

I like the beach. And most of the other jobs that are currently available in Hubby’s field are nowhere near a beach. I’m a beach girl. I grew up a quarter mile from the Intracoastal Waterway. My sister’s a surfing yoga teacher and recycling guru. Salt water is in our blood and humidity keeps us from drying out like lizards.

I like my dojo. And our vet. And the little bookshops and restaurants we keep going back to. But we have few friends here anymore. They keep moving away for the same reasons we keep considering it. Or we lose touch because they go one way and we go another. And business aren’t friends.

It’s expensive here. Our mortgage is double what a similarly-sized house would cost somewhere saner. (And we bought before the peak of the boom, years before, yet the place is still underwater because when Florida crashes, it crashes hard.) Food prices, beer prices, thrift store prices, gas prices. We visit friends in other places and marvel at not paying $4-8 for a single beer. We’re paying tourist prices year-round.

The salaries don’t match the expense. And as a teacher, my salary seems to go down every year now. Hubby’s only eligible for a 2% raise now, no matter how much money he saves the organization, no matter how many hours he puts in or how hard he works. That used to be the increase for the “fuck-ups” or those who were trying to stay under the radar long enough to retire. Yet, gas prices have gone up 6% in just the past two months.

And yeah, it’s hard everywhere. “We” (by which I mean the bankers and the politicians wiping their behinds and the corporate liars and cheats and the other scammers and swindlers we keep bending over backward to serve and protect) drove the whole damn country off the rails and it’s been hard trying to steer her back.

And yeah, I need to get out of education because the system is broken and cure being peddled looks worse than the disease.

But, the problem’s Hubby. He’s stagnating where he is. He’s bored. He’s overworked. He’s unappreciated. And he works for a crazy dictator who at the very least is on the wrong meds. And he deserves better.

And I’m at a loss how to support him or what to do about that.

(And it’s breaking my writing brain worrying about it.)

I had a Crackberry.  I initially didn’t want one.  I was fine with my old phone.  It made calls.  It took pictures.  It had a calendar. It had three separate alarms plus a “quick alarm” so I was generally guaranteed to get out of bed while morning was still going on.  It could access the web, but it didn’t do it well.  When I wanted to use it, I flipped it open and dialed numbers.

Sprint told me it was the fault of the network upgrades, my inbox, the fact that my phone was “old” (even though I’d only had it since December) and sea monkeys.  (Okay, they didn’t blame sea monkeys but that’s only because such foolishness wasn’t in the corporate handbook — although maybe it should be because if you’re going to repeatedly lie to me at least make it creative.)  They managed to not blame it on BP, but maybe that’s because they’re trying to work on a way to tie it to Halliburton or TransOcean (the two everyone seems to have forgotten had a hand in the Gulf Disaster).

At any rate, it’s broken.  Apparently irrepairably so, because things are no longer able to be repaired.

Driving home phoneless, it occurred to me that I’m as “off the grid” as I’m apparently able to get in this day and age without picking up some more Amish-type skills.  I’m not traceable because the GPS is in the phone.  I don’t have On-Star.  Hell, I could get myself some cash and run away to Key West and no one would be able to find me unless I got in the way of Sam Champion looking for tar balls.

The idea has a certain amount of appeal since today was the last day of school for all the teachers (except DJJ sites) in Broward County.  Of course, I’m supposed to be at work bright and early tomorrow morning — nothing locked up kids love more than math during summer vacation.  And I’m out of sick days.  And I’m supposed to be spending the cash on groceries.

The great thing about being part of a generation still capable of using its imagination: I can take my little fantasy road trip in my head.

I’m rarely content — with anything.  It drives me to new degrees/jobs/careers/hobbies/projects.  It makes me experiment with vegan baking instead of buying Oreos.  It makes me crazy.  It keeps me sane.  It’s just the way it is.

I’ve been content with the hubby all along, though.  He’s a fairly constant form of perfection, but maybe that’s because he’s rarely content with anything else either.

This weekend was what I needed, though.  Live music with friends.  Wine and laughter with other friends.  Enough time at the gym to be sore.  Restocked the lauders at the grocery store.  And I got enough non-job work done to feel somewhat accomplished.  I still haven’t finished reading a nonfiction book for January, but I think I’m going to shoot for a yearly total this year instead of forcing myself to read shorter books than I’d ordinarily pick up because I want to meet an imagined deadline.

In other words, at the moment I feel like this:

Photo courtesy of Drew over at Glimpses & Remains, Inc.