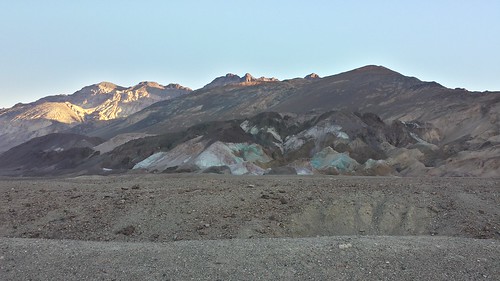 END_OF_DOCUMENT_TOKEN_TO_BE_REPLACED

Someone somewhere mentioned pasta salad the other day and my tiny brain decided WE MUST EAT THAT NOW!

So, let there be pasta salad: END_OF_DOCUMENT_TOKEN_TO_BE_REPLACED

I used seitan. If you don’t like it or can’t eat it, tofu or straight up veggies would work, too.

To make the sauce, I poured a bit of grapeseed oil in a pan, added a few globs of all natural, fresh-ground peanut butter. (The fresh-ground makes all the difference. It’s still got little chunks of peanut in it so it comes across more…awesome… than the bottle stuff.) Then, I poured on some liquid amino and some soy sauce, a bit of apple cider vinegar and about 2 TB of water. Threw on a few dashes of ground ginger and squirted in some sriracha sauce. Then, on medium heat, stirred it all up until it was a little runnier than a thick paste.

Tossed in the pre-cooked seitan and stirred it around until coated.

Tossed in some veggies. I used carrots, peppers, onions, cauliflower, and broccoli. Use whatever makes you happy.

Just before serving, I topped it off with some fresh-sliced green onions.

I served it over a bed of Jasmine rice. You could serve it with rice noodles, brown rice, or even a potato if you wanted.

I made pasta salad, potato salad, and let’s go with “assembled” a pie for Independence Day.

Cook up the pasta according to the time on the box. Put your colander in a pot of ice water and dip the pasta out into it the last minute of cooking. Rinse and set in the fridge or on a counter. Look, just put it somewhere.

Put it all in a big bowl. Mix it up with the black pepper and enough dressing to taste, but not so much it looks like a soup.

Cut up the potatoes into bite-sized pieces. Boil until cooked, but firm. You know, potato-salad texture. Chill them like you did the pasta — scoop out into cold water, rinse, stick in fridge until ready.

Chop up some fresh dill. Put that with a glop of vegenaise, several shakes of the sprinkle, a little (very little) red wine vinaigrette dressing, and the black pepper on top of the chilled potatoes and mix it all up. Squeeze half a lemon on it and mix again lightly.

This recipe is also great if you have friends with dairy or egg issues because it contains none of either. It would also work with other flags, you’d just have to arrange the fruit differently or pick different fruit — kiwi fruit and oranges for Ireland, for example.

Cut up apple and put in a pot with about a cup of water and maybe a quarter cup of sugar. (I don’t always measure things.) Boil until the apple is soft enough to mash so it resembles apple sauce. Squeeze the juice of a lemon in and stir it all up. If it’s too “wet” let it simmer until it cooks off some of the excess water.

Put your apple mush in the bottom of the pie crust and bake. (Follow the crust directions or just keep an eye on it until it looks appropriately browned on the edges.)

Slice up your strawberries and arrange in rows. Put a few handfuls of blueberries in the corner. Squirt with a little lemon juice (think “mist” more than “shower”). Fill in with your rice whip.