I’ve been a big fan of the Levenger Circa discbound system for a while now. I like that I can add and rearrange pages. I like that it’s a cross between wirebound notebooks (of which, I still love the Mirquelrius stuff both for the variety of covers and the quality/lines of the paper) and a binder (of which I appreciate the flexibility and hate everything else). 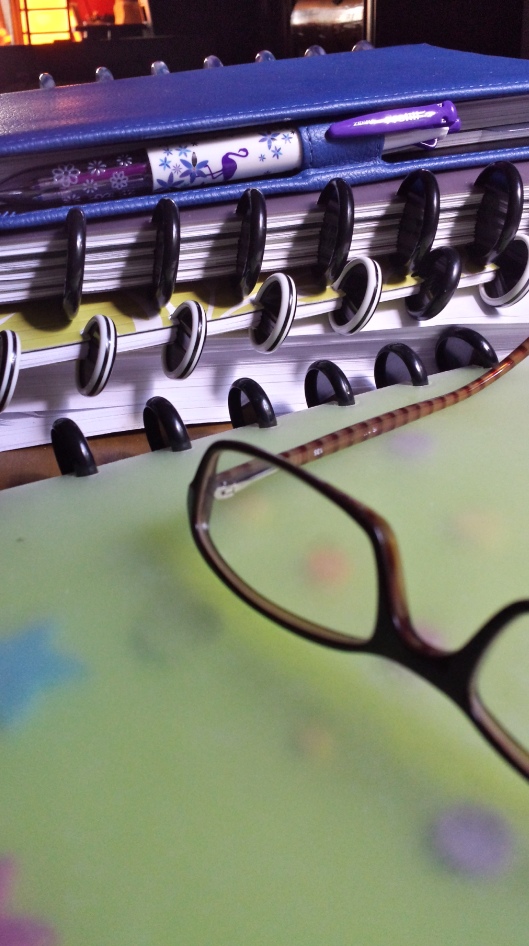 Now, if we’re gonna get all disclaimer-y about things, I worked for Office Depot many years ago and while working around that many office supplies should have been awesome, I often just felt dismayed by choices the buyers would make. Back then, they regularly rotated merchandising interns around and moved other staff for various petty reasons that didn’t seem to have anything to do with how well those people knew the product lines or their attachment to them. A lot of years have gone by, so let’s hope they’ve wise up, but the introduction of their “foray” into the discbound notebook market doesn’t make me believe it.

Various office supply aficionados, stationery addicts, notebook fans, and pen freaks blogged about the possibility of an Office Depot entry into the market and included a few reviews when they could get their hands on the product. That last bit points out one of the biggest problems. You can’t sell a product you don’t have — Kickstarter tech ideas aside, because Office Depot is hardly launching a the next big iAccessory here. I tried three stores locally and never found any hint of the system besides the punch hidden on a mid-aisle rack at the back of the store, sandwiched in between some markers and discontinued breakroom cups. I have no idea if they plan to re-introduce this system at any point in the future or if they decided the “test” failed. If it’s the later, these are some pretty good reasons why:

1) The name. I get that most people aren’t going to choose to buy or not buy based on that, but “REVOLUTION” is flat out presumptuous and stupid when you’re coming along on the heels of Rollabind, Circa, Myndology, Martha Stewart, and Arc (at Staples).

2) The test. I understand the concept of test markets and that’s all fine and well, but if no one can find your product, you failed the test immediately. If people ask employees in stores your website said would have it have never heard of it, you’ve failed the test. If you wanted a limited-run test, you’d have been better off sending a few samples to all those discbound/stationery bloggers to try out and pimp rather than tossing the samples into the mess that is Back-to-School.

3) The timing. Which leads me to this point. BTS, or back-to-school, is a huge profit boost for the office supply industry. I get that. And I get that companies start prepping for it before kids have even gotten out of school and nothing is bigger, not even the winter holidays since the margins are higher on markers and notebook paper than on TVs and computers. Still, expecting parents, already bitching about how much they have to spend, to spring for things that aren’t on the class lists is, again, presumptuous and stupid. And the number of teens who are going to spend their own money on funky looking notebooks isn’t all that high.

If, however, this had been marketed well to college students (especially grad school and returning adults), and was at a price point they could afford along with books and housing and food, this might actually do pretty well. The system makes organizing class handouts and notes easy, is more portable than a binder, and can be reused each semester or stored away as future reference.

4) The product. With the selection they released, Office Depot seemed to be aiming for the teen/tween market or the young-at-hearts. All that’s fine and well, but if you’re looking to sell specialty notebooks, you might want to offer a few things appropriate for use in offices — in other words funky stuff AND business casual stuff. They already have a “Jane” line and could have easily worked those design elements in. At the same time, all the “Revolution” items I saw online looked fairly “girly.” Granted, there was some black and gray, but it was mixed in with flowers and pinks. No primary colors, nothing “professional,” and yet no skulls or other fun, but gender-neutral designs.

About this, I want to be clear because my husband and I both have a fair amount of Circa and Arc stuff that we’ve combined and blended with other stuff to make our own notebooks. We have “professional” looking notebooks that wouldn’t look out of place on job interviews or in high-powered meetings. We have a set of discs holding a chopped and punched folder full of accounting files. We have translucent covers with cardstock flyleaf paper. We have our vacation plans in a Circa notebook. I have a manuscript I need to edit in one.  I have some “fun” and “pretty” discs and I have a bunch of black discs because they’re cheaper and easy and go with everything. In other words, variety is key, and gender-neutral or enough variety for “girly” fans and everyone else.

Office Depot already offers professional-looking padfolios in several colors (I took a picture of the teal because I’m a little obsessed with that color, but they also had black and at least one other). The texture’s nice and the design isn’t bad. Modified slightly as a discbound cover (and at prices more comparable to the Foray padfolio instead of the Levenger executives-are-made-of-money line), I’d be all over that. Especially since the Foray padfolio looks nice without being leather. (HEY, hint to Staples, if OD is going to utterly drop the ball here, could you offer a faux leather notebook for less than the $59 Levenger wants? Because I don’t really need a dead cow to protect my notes.)

6) The discs. I’m making this a separate item even though it’s technically a subset of the product because the discs are SO important. They’re the most important part of the system, and some of the reviews have said the Foray/OD discs aren’t so smooth. Seriously, Office Depot, you cannot have a discbound system without good quality discs. I’m not sure if your store-planning department has pointed this out, but the only place you compete head-to-head with Staples is online. In-store, people are closer to one or the other and will generally gravitate either to the closest or the one more likely to carry what they need. Which means, you don’t have to be cheaper than Arc if it means cutting quality. You just have to be cheaper than Levenger. (Only diehards have ever heard of Rollabind, so don’t worry about them so much.)